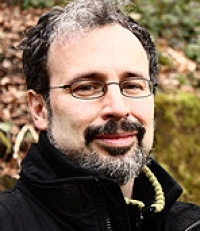 Social factors have so far been neglected in embodied theories to perception despite the wealth of phenomenological insights and empirical evidence indicating their importance. I examine evidence from developmental psychology and neuroscience and attempt an initial classification according to whether social factors play a contextual, enabling, or constitutive role in the ability to perceive objects in a detached manner, i.e., beyond their immediate instrumental use. While evidence of cross-cultural variations in perceptual styles and the influence of social cues on visual attention could not be said to play more than a contextual role, other factors such as the intricate developmental links between dyadic and triadic interactions in infancy, as well as episodes of peer-learning in children play enabling roles. A common element in these factors is the presence and resolution of interpersonal conflict. Detached object perception could not develop without these social factors. I argue, in addition, that social skills such as managing partial social acts which are addressed to and completed by others, linguistic mediation, make-believe play, and the ability to control perspectival switches are constitutive –i.e., are of the essence– for seeing objects as present with a detached attitude. I discuss the prospects of incorporating such social elements into dynamical interpretations of the sensorimotor approach through the enactive notion of participatory sense-making.