“Illusion or Insight? Skepticism and the External Standpoint” 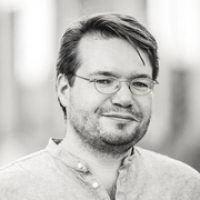 .In its deepest and historically most influential forms, skepticism is best understood as a philosophical practice that leads to a transformation of the self. This idea finds its original sources in ancient skepticism and reasserts itself in a variety of guises throughout the subsequent centuries. In contemporary epistemology, however, the tendency is still to construe skepticism as a form of philosophical thesis, either to be affirmed or to be denied. Against that, I will argue for a practical and transformative account of skepticism. Accounts of this sort are usually understood as a form of quietism, since they are supposed to bring us back to where we were in our everyday lives before we got disturbed by philosophical questions. According to quietist readings, then, the ‘philosophical practice’ of skepticism results in the dissolution of the corresponding philosophical problems. Against that, I will argue that skepticism as a transformative practice leads to a deeper understanding of the finitude of the human condition and thus changes our self-understanding in significant ways.

To this end, I will discuss the modern skeptical problem of an external standpoint. Referring to the works of Thomas Nagel, John McDowell, and Thompson Clarke, I show that although we cannot coherently conceive of the notion of absolute objectivity, it is still a concept that plays a crucial role in our self-understanding as finite human beings. The status of this understanding is unclear, however. I will argue that although it does not have the form of a theoretical statement, the insight can nevertheless be understood, albeit in a performative way. The insight, one might put it, is not so much abstractly understood as it is concretely experienced. The insight is not captured, for example, by the statement that we cannot have an absolutely objective perspective on the world. Rather, on my reading, human finitude is such that we cannot even coherently think of such a ‘view from nowhere’ and that this revelation – this inability to conceive of the idea of an ‘external’ standpoint – leads to ‘vertiginous’ experiences that embody what I am calling a ‘performative understanding’ of the finitude of the human condition.

Más en esta categoría: « Conferencia sobre Filosofía de la información “Why there is anything at all? The probabilistic answer” »
volver arriba