“Kurt Gödel: What is Mathematical Objectivity?” 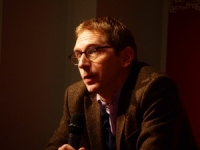 This paper concerns Gödel’s conception of the reality of mathematical objects. I distinguish three claims (i), (ii), (iii).

i.              Mathematics describes a non-sensual reality, which exists independently both of the acts and [of] the dispositions of the human mind.

iii.            Mathematics (or something in mathematics) is independent of the specific properties of the human being.

I argue that Gödel cannot hold such the strong Platonism of (i) after 1954. His position is better described by the two weaker claims, (ii) and (iii). Claims (ii) and (iii) offer two different meanings for the idea of an 'objectivity' of mathematics, and philosophers can very well accept one without the other. In the last part, I will illustrate the wide variety of positions opened up bu claims (ii) and (iii) by discussing in these perspective the positions of Husserl, and two French philosophers Lautman and Cavaillès