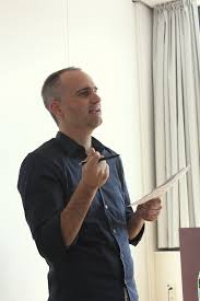 In these lectures I will examine connections between three phenomena or effects. The first involves the idea that certain competitions for form evidently do not have a unique winner, such that a single structure receives multiple pronunciations: e.g. the nouns cover, coverage, and covering (the last on the non-gerund reading). This "Apparently Non-Unique Competition" is noted in recent works on derivational morphology (e.g. Embick and Marantz 2008, Borer 2013) but has not been analyzed in detail. A second effect is the intuition that speakers have concerning the "incorrect" selection of certain derivational allomorphs, such as confusal rather than confusion (compare e.g. refusal and refusion). Though the effect remains to be made precise, speakers have the intuition that some of the "non-existing" forms are possible outputs of their grammar, whereas e.g. incorrect tense forms like bended instead of bent are not.  The third effect involves apparently "long distance" effects in allomorph selection, where it appears that a suffix is sensitive to the identity of a prefix. For example, and assuming following much prior work (e.g. Aronoff 1976) that MIT is a bound Root in English, we find nominals permit, and permission, but not e.g. permittal; whereas with trans- we find transmittal and transmission, but no noun transmit.  According to theories that incorporate linear adjacency into allomorph selection (e.g. Embick 2010), such effects are not expected.

The core of the lectures asks whether there is a unified explanation for why these three effects are found, and considers an answer that posits what I call polymorphy. Essentially, polymorphy is free selection of allomorphs under certain circumstances, a move that requires elaboration of typically employed competition mechanisms. Allowing polymorphyin some form resonates with difficult (and unresolved) questions from the early stages of morphological theory, in particular the notion of the potential lexicon from Halle (1973). The main direction of the argument is that while the effects mentioned in the first paragraph might provide an argument in favor of polymorphy, the pressing question that must be addressed is why some morphemes allow it, while others do not.  I will look at some different ways of making the relevant distinction(s) between morphemes, in ways that will begin to make contact with theories of context for polysemy resolution (allosemy).